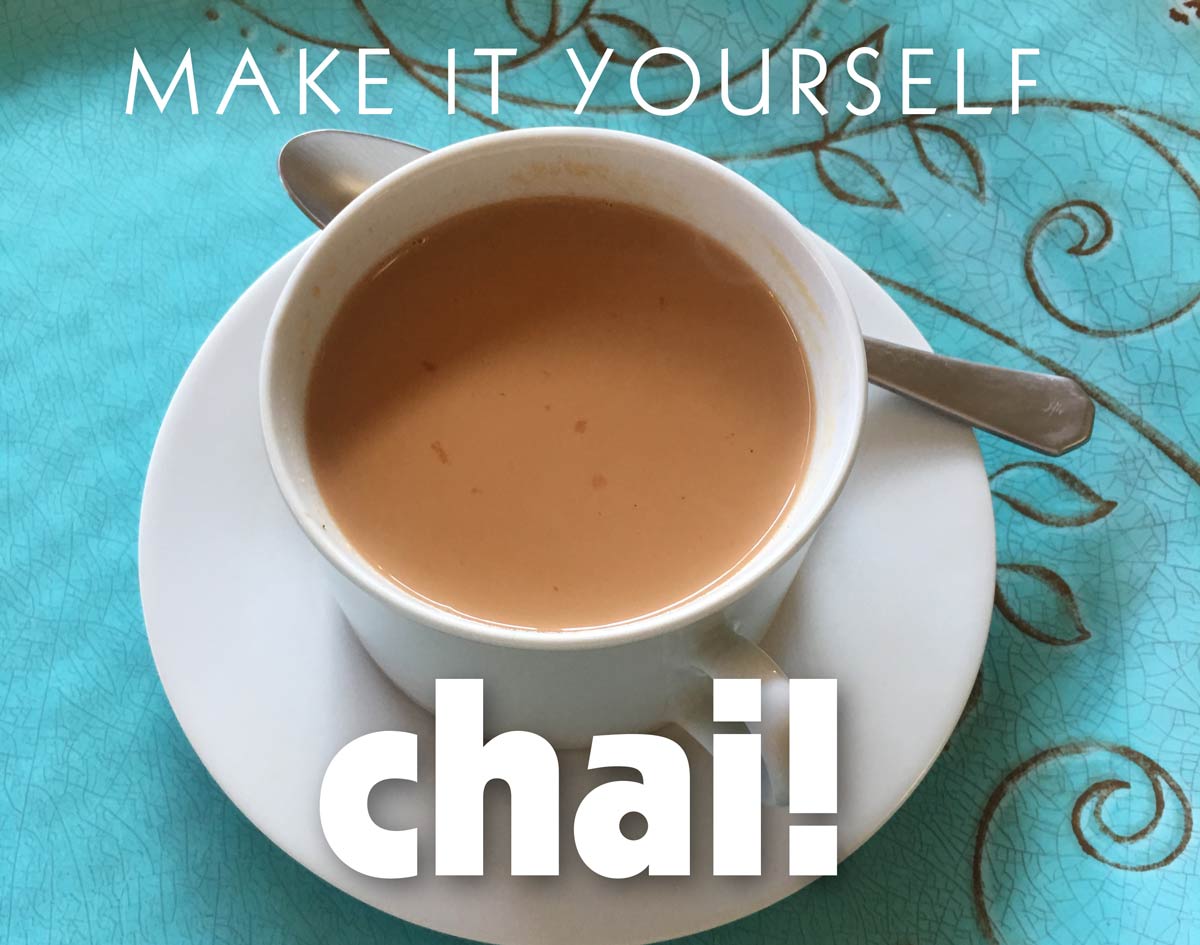 If you like chai but have never made it, here’s an easy recipe! I make chai every morning to start my day. I like simple chai, using organic ingredients and only ginger to spice it. This is the recipe I’ve settled on—it makes two cups of chai. Adjust the ingredients and measurements to suit your own taste.

Boil the ginger in water for several minutes, adding sugar as it heats.
Add the milk and heat until small bubbles form around the edge of the pan.
Add the tea and heat until the chai begins to boil up. Lift the pan off the heat as it comes to a full boil, repeating your mantra. Repeat this step twice more, for a total of three. Strain the chai, and enjoy!
Note: Fill the cup all the way to the top with water and milk, to allow for evaporation as the chai cooks. When it’s done, I strain all the chai into a smaller vessel so it doesn’t turn bitter before I drink the second cup. I also cover the smaller pan and put it back onto the same burner I used to cook the chai, so it will stay warm until I’m ready for the second cup. 😉

Shivaya and Uma in India 2010 ANANDASHRAM
March 13, 2021
Letters and Journals