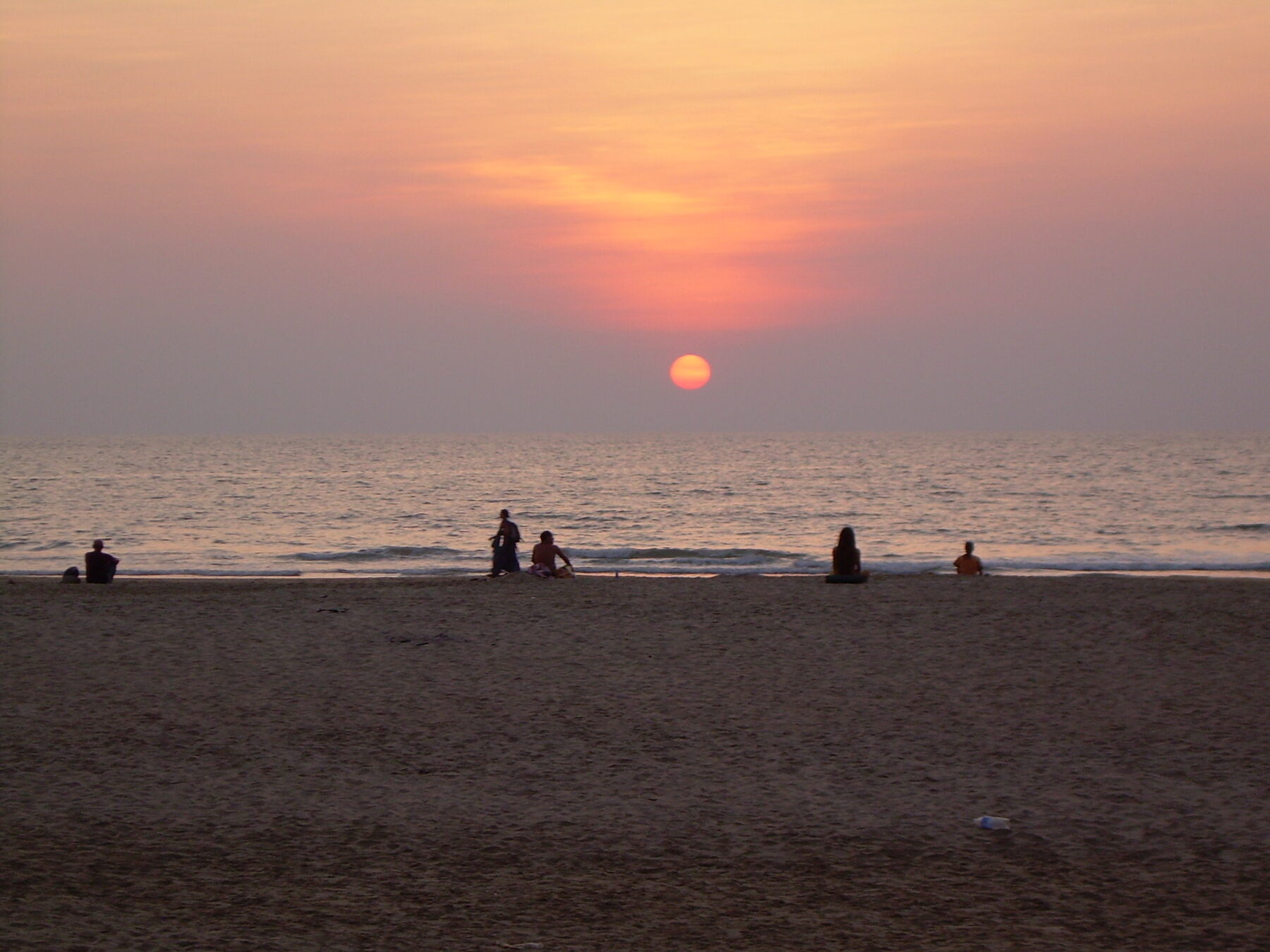 We spent 6 weeks at Anandashram in Kanhangad, which is also home to 2 of the ashrams of Bhagwan Nityananda. I’ll have to find a way to tell you about our time there, because, as I alluded to in another e-mail, it was so profound and transformational that I can’t quite imagine finding the words that will do it justice.

In any case, we are still happy here at Kudli Beach near Gokarna, where we are spending the last 6 weeks of our India journey. I have finally found a reliable broadband internet connection (knock on wood), and it should be easier to stay in touch. We have about 3 weeks left now–we leave here on February 29th and arrive by train in Bangalore on the morning of March 1st. Then we fly out of Bangalore on that evening, and arrive back at SFO on the morning of March 2nd. Hard to think about our adventures coming to an end…

Anyway, we will send more news before we leave. Meanwhile, much love to all.

Yes, we are alive and well, and still in India!

We’ve been unable to send lengthy letters for several months, due to lousy internet connections wherever we went.

We are currently in South India, on a beach near the town of Gokarna on the coast of Karnataka state. Since we last wrote, we have been to Jageshwar and Nainital, and spent 6 weeks in Brindavan in the north. Then we spent 6 weeks in the southern state of Kerala at Anandashram.

Our time at Anandashram was so profound and deeply personal that I can’t imagine trying to describe it. So that will be left for later.

We came here to Gokarna’s Kudli Beach with the intention of staying a few weeks, then going to a couple of other places before ending our journey at Tiruvanamalai and the ashram of Ramana Maharshi. But on arriving in Gokarna, Shivaya and I both felt we wanted to stay here until going home. We’ve now been here about 3 weeks, and have 3 more weeks left of our 6 months before going back to the U.S. This has been the perfect environment for reflecting on our India journey, contemplating the blessings and teachings that have been given to us through these experiences.

A wonderful surprise was receiving a visit from my son, Jacob, after we had been here a few days. He had been with us for a couple of weeks while we were in Kerala, then headed north to Benares. After some time there, he decided to come back to the south briefly before going home, to join a friend who had also come to Gokarna.

We are living now in a charming little round cottage with a bedroom, bathroom, and porch, situated in a colorful jungle garden about a hundred yards from the beach. The ocean is shallow and warm, with gentle waves–perfect for just floating in the water and rolling with the current. The beach is about a half mile long and made of very fine, golden sand with occasional streaks of black sand from the abundant volcanic rock. There are about 15 very simple cafes, and about as many guest houses along the beach, which cater to the small international tourist scene. It is a very mellow, humble place, very conducive to meditation and reflection.

I’ll try to write at least once more before we leave Gokarna. In the meantime, here is a short letter I wrote from Anandashram on New Year’s Eve, but was unable to send. Tomorrow I will send the letters I wrote describing our time in Jageshwar and Brindavan, but was also unable to send.

Our time in India has been magical and transformative, and we hope this is reflected in our lives on our return to America. We are beaming this magic to you from the depth of our hearts, with all our love.

It’s New Year’s Eve, and we are happily immersed in mantra sadhana at Anandashram in Kerala, South India. Jacob joined us a week ago, and it has been a great blessing to share time in this beautiful place with my son. He leaves on Friday to go north to Benares, and to meet a friend later in the month.

I’ve been reading through my India journal, and considering what an utterly amazing year 2007 has been. Inner changes and considerations have been reflected in our outer movements–and they have clearly been major changes. We are filled with gratitude for the grace that brought us here, as well as the love and blessings that each of you have brought into our lives. We send you our deepest love and heartfelt wishes for a new year filled with joy, prosperity, all the riches of the spirit.

I’ve learned that “Kudle” means “cattle.” Makes sense, because there are cattle roaming the beach during the day! They’re all bulls, actually, but a very small variety. And they don’t “moo,” they snort like pigs!! Very benign as well.

In a couple of hours, Shivaya and I will hand over our bags to a porter, who will put them in a huge basket and hoist them onto his head. Then he’ll walk with us up and over the hill from the beach where we are, to the bus station in Gokarna. We were told he can carry 70 kilos, or 160 pounds, so if our bags weigh more than that, we need two porters!

We will take a 4-1/2 hour bus ride to Hubli, where we will wait for another 4 hours (we’ve been given the name of a great restaurant there), then get an overnight train to Bangalore. We’ll arrive early tomorrow morning, and have the whole day there (read: shopping) before taking an 11pm flight to Singapore. Three hours there, and then an 18 hour flight to San Francisco, and we’ll be back home mid-afternoon on Sunday, assuming all goes as planned. Considering all that traveling, we don’t even plan to plug the phone in for a few days…

As it has turned out, our trip has been much more an inner journey than an outer one. Although we had ideas when we set out, of places we wanted to go, things we wanted to experience or see, these were happily abandoned as Spirit seemed to draw us in other directions. Rather than force an itinerary, we put our trust into what was given to us, and we were given so much in return that it is simply beyond description.

Our last days at each place have taken on an intensity of gratitude. Each moment is so precious and alive in the awareness that we may never pass this way again. It is certain that we will never again see any of these places exactly as they are now.

More so here and now, as we not only near the end of our days at Kudli Beach, but the end of our entire India trip. Everything seems glowing and poignant, and we are awash in an ocean of Maha gratitude!

Sending you so much love,